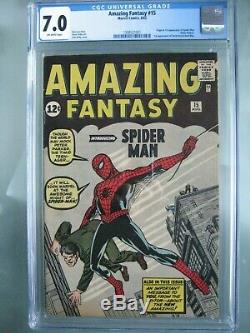 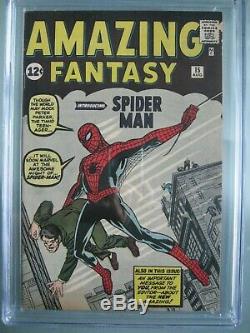 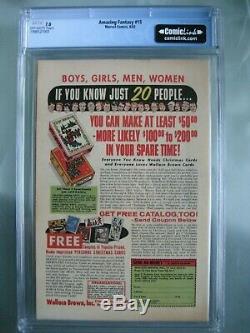 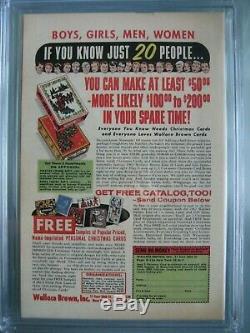 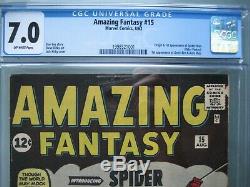 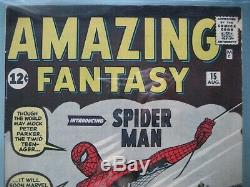 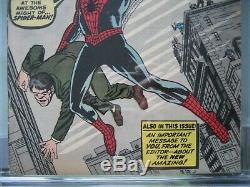 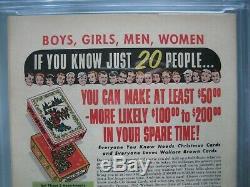 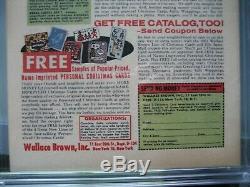 Origin & 1st Spider-Man 1st Aunt May & Uncle Ben. Stan Lee (Story) Steve Ditko (Art) Jack Kirby (Cover). Holy Grail of Silver Age Comics! A shy, unassuming high-school student, Peter Parker prefers the company of his teachers to that of his classmates, who call him Midtown High's only professional wallflower. His only living relatives, Uncle Ben and Aunt May, think the world of.

One evening, while attending a demonstration of radioactivity at General Techtronics Laboratories East, Parker fails to notice a spider drop through a "radioactive ray" and receive a massive dose of radiation. It bites him and dies. Light-headed, Parker leaves the demonstration, only to be nearly run over by a car.

He leaps to safety but is surprised to find he has jumped much further than intendedhe lands on the side of a building and clings to the bricks by his fingertips. He quickly climbs to the roof and, once there, accidentally crumples a steel pipe in his hand. He believes that he has inherited the spider's speed, strength, and climbing ability. He begins to ponder the possibilities. Hogan laughingly calls Parker the "Masked Marvel, " but Parker lifts Hogan over his head and carries him up a post.

Afterward, a man in the crowd introduces himself to Parker as a television producer, encourages him to go into show business, and gives him his card. At home, Parker makes himself a spider-themed costume, a supply of sticky web fluid, and two jets for his wrists that can shoot the fluid. The Spider-Man appears on television and becomes a celebrity.

One evening, he goes backstage and finds a guard chasing a thief. Spider-Man lets the thief escape and, when the guard complains, tells him, That's your job! I'm thru being pushed around...

Spider-Man learns his first important lesson. The police have cornered the man in the deserted Acme warehouse.

Parker dons his costume and swings to the scene. Once inside, he frightens the man by crawling down the wall toward him. Parker then covers his gun hand with web fluid and knocks him unconscious. When he sees the man's face, he recognizes the thief who got away at the studio. He wraps the burglar in webbing and leaves him for the police to find.

Shocked, Peter realizes that, if he had caught the burglar, his Uncle Ben would still be alive. He eventually learns that with great power comes great responsibility.

On a small Mediterranean island of fisherfolk, Old Pedros is the town bell-ringer. One day, the volcano atop the island begins to erupt. The villagers evacuate and put out to sea.

Old Pedros, though, stays at the church. "The bells must be rung, " he tells himself. For centuries, someone has always heard!

Molten rock streams toward the church. Before it reaches Old Pedros, a ray of sunlight surrounds him. The superstitious villagers swear they saw him ride the ray into the sky. Did their eyes play tricks on them, or did Someone hear the bells?

Man in the Mummy Case! Rocco Rank, a career criminal, breaks into a museum to escape a policeman. While he looks for a hiding place, he hears a mummy's voice promising to protect him from the police.

All he has to do is lie in a sarcophagus. The mummy reassures Rank that he will not suffocate or become another mummy. Rank finally agrees and gets into the sarcophagus, which the mummy shuts.

The policeman doubles back, finds a broken window, and searches the room. The mummy is motionless, and the sarcophagus is empty, so he leaves. Rank is safe from the police... But he has become a slave building the Pyramids.

There Are Martians among Us! The discovery of a crashed flying saucer frightens a small town, especially when the townspeople realize that the Martians are among them. A month goes by with the aliens still at large. A man leaves for the city and tells his wife to stay in the house where she is safe. Later that day, though, she has to go to the store for coffee. On her way home, she is captured! To another Martian, who like him must have four arms... The item "Amazing Fantasy #15 CGC 7.0 Marvel Comics 1962 Origin & 1st app Spider-Man" is in sale since Wednesday, September 25, 2019. This item is in the category "Collectibles\Comics\Silver Age (1956-69)\Superhero\Spider-Man". The seller is "madeofmiracles925" and is located in Dublin, California. This item can be shipped worldwide.